The Schooner Adventure was designed by the famous marine architect Thomas McManus as a “knockabout” without a bowsprit for the safety of the crew. The schooner was built in 1926, in Essex, Massachusetts, by the John F. James and Son Shipyard. She measured 121.6 feet in length, 24.5 feet in breadth, and 14 feet in depth. Her gross tonnage was 130 and her net tonnage 62. When built, Adventure was powered by a 120 horsepower engine turning a single screw. 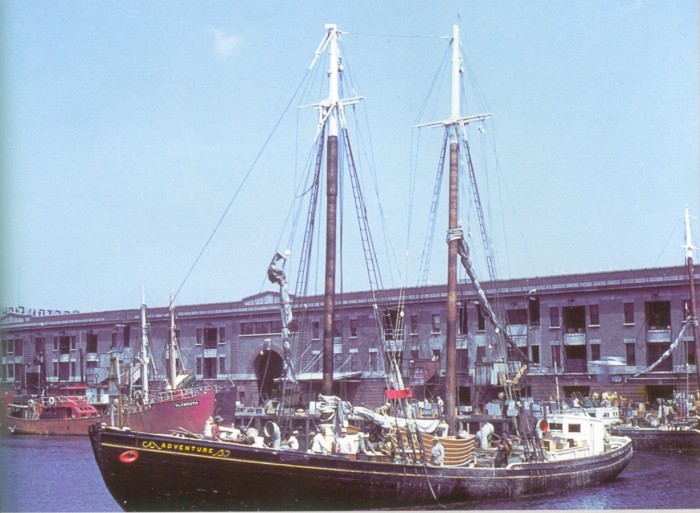 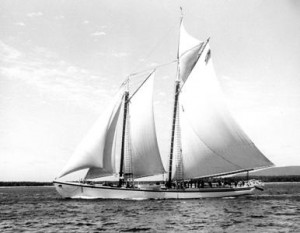 In 1954, Schooner Adventure was retired from fishing and converted into a windjammer for passenger cruising, removing the engine, propeller, and propeller shaft. Adventure carried passengers along the coast of Maine until 1988. Her grace, beauty, and prowess as a sailing vessel earned her the nickname “Queen of the Windjammers.” 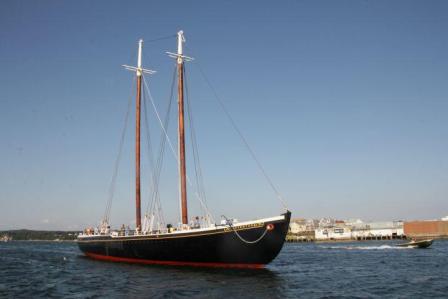 Captain Jim Sharp, who had owned Adventure since 1965, donated Adventure to the people of Gloucester, Massachusetts by way of The Gloucester Adventure Inc., a 501 (c)(3) nonprofit organization formed to be steward of this historic vessel. The organization’s mission is three-fold:

Restore and preserve Adventure in perpetuity,

Utilize Adventure as an educational resource with programming for maritime, environmental and cultural issues and

Sail Adventure as a symbol of Gloucester’s maritime heritage.

A fully restored and operational Schooner Adventure will heighten awareness of Gloucester’s role in the development of the American Fishing Industry, the plight of the thousands of men lost at sea, and how a fleet of fast and able schooners defined a regional economy.

Adventure is fully restored to her original configuration as built in 1926 and has been certified by the US Coast Guard as a Small Passenger Vessel. The restoration work has incorporated features and modern safety equipment to meet the Coast Guard’s requirements. Also subject to preservation restrictions, all of the work performed is in accordance with The Secretary of the Interior’s Standards for Historic Vessel Preservation Projects.

A team of shipwrights has reconstructed the Fo’c’sle, Galley, and Captain’s Cabin based on extensive research, utilizing the resources of the Cape Ann Museum and other sources, including site visits to  comparable historic schooners like the Evelina M. Goulart (Essex Ship Building Museum) and the L.A. Dunton (Mystic Seaport).