Through early 1600s — Native Americans fished along the shore 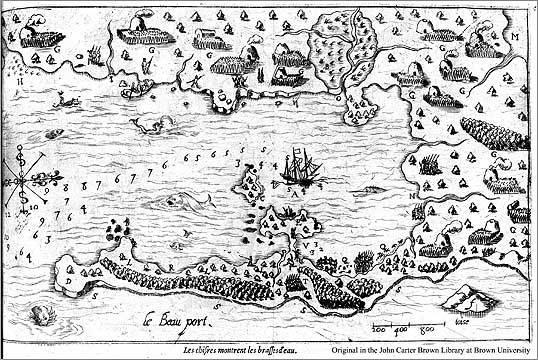 1614 — Capt. John Smith named area Tragabigzanda, but the name was changed to Cape Ann by Prince Charles in honor of his mother

1623 — Gloucester settled by a company from Dorchester, England, and built fishing stages or wharves near Half Moon Beach, Stage Fort Park 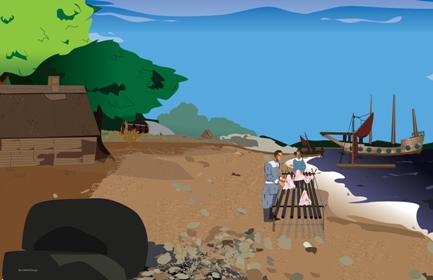 1625 — Governor Roger Conant settled disagreement over fishing stages between Pilgrims led by Miles Standish and the crew of the Friendship led by Capt. Hewes.

1642 — Gloucester incorporated as a town, mostly in the Riverdale area, with a meeting house and a canal built and named after builder Rev. Richard Blynman

1675 — ketches with masts then Grand Bankers used for fishing further out to sea.