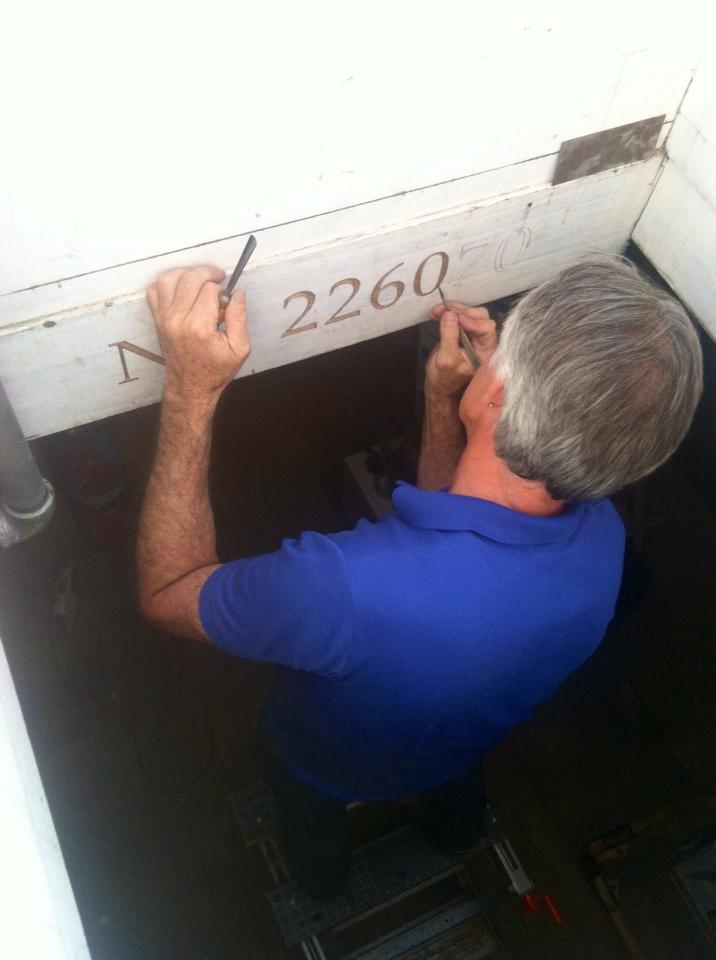 When Adventure was built in 1926 in the salt marshes of Essex, MA, no one thought that the schooner would survive into the next century. Indeed, only a handful of the more than 4,000 wooden schooners built in Essex exist today. Nearly all of them have disappeared: many were lost on the stormy North Atlantic, others ran aground on shoals and were wrecked, some sank due to collisions or were sunk by hostile enemy fire during the World Wars. Many burned due to wood burning stoves on board and sadly many were abandoned to rot away after outliving their financial usefulness or an inability to replace an aging crew as was the case with Adventure. 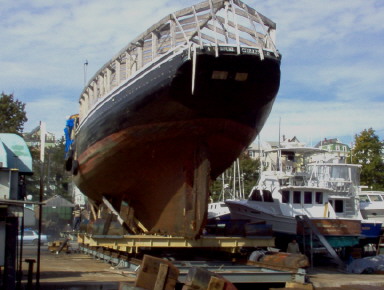 Near the beginning of the restoration process. We’ve come a long way! 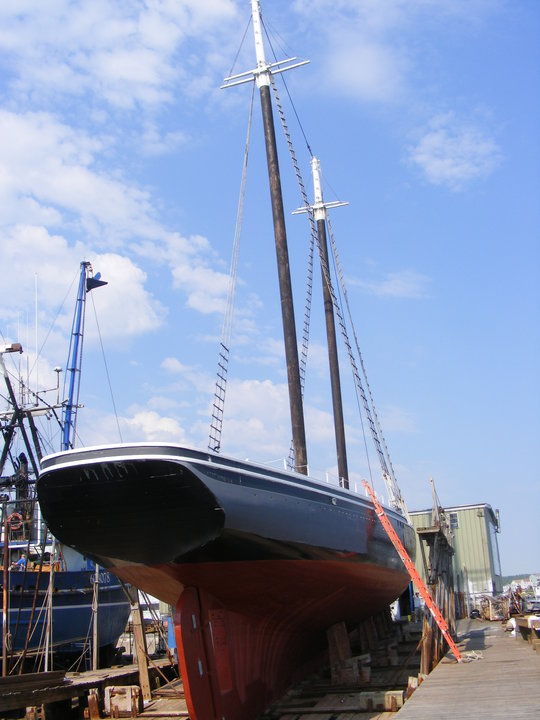 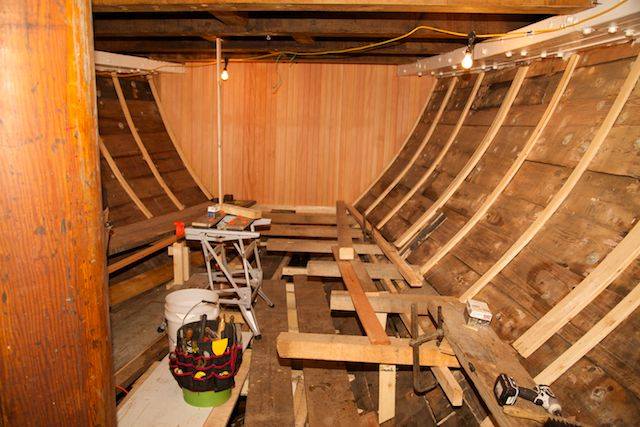 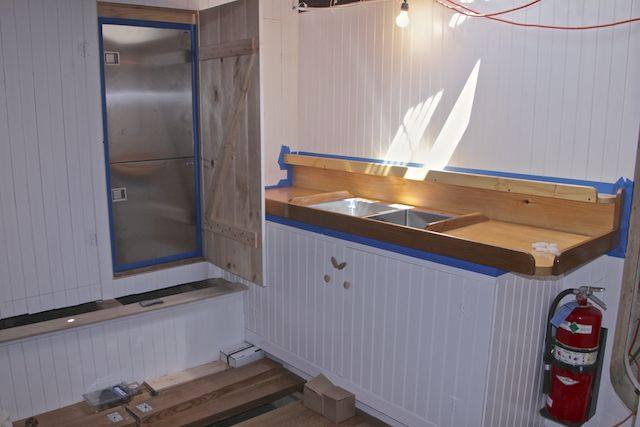 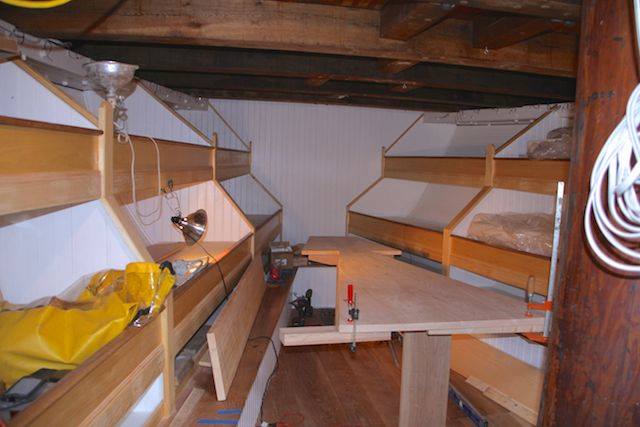 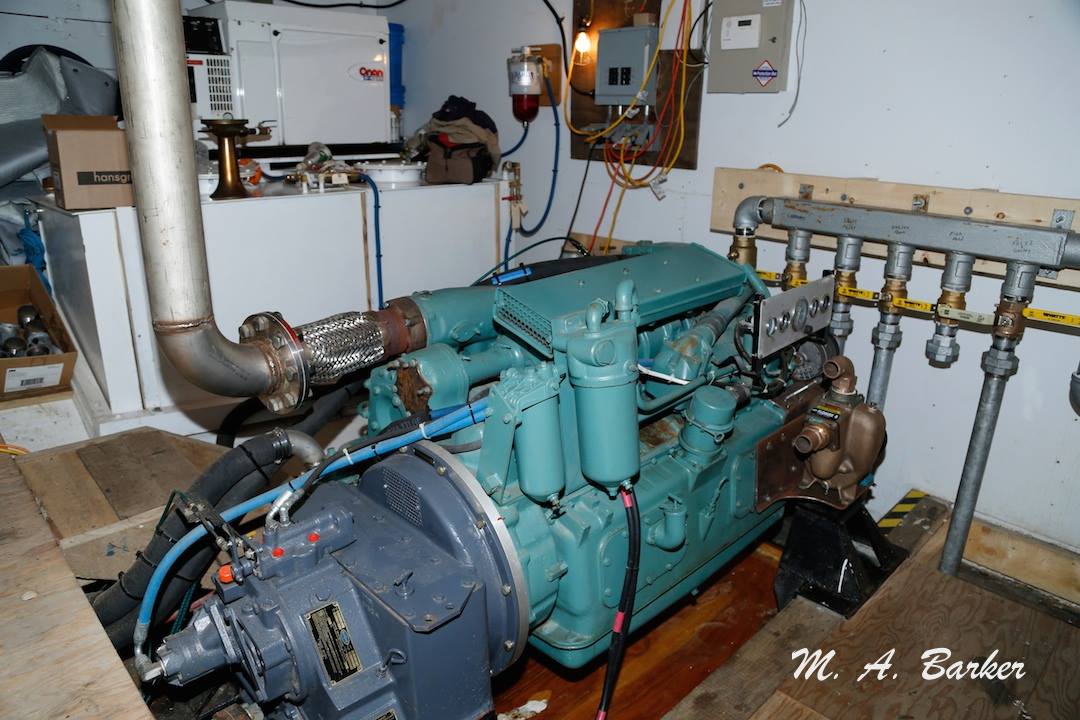 2014—A peek inside the engine room! Photo by Mary Barker.

Despite countless storms, a collision, running aground, and other mishaps, Adventure was one of the lucky survivors. Yet, the many decades of harsh exposure to punishing conditions took its toll on the old schooner, weakening Adventure‘s oaken frames, deck beams, and other structural timbers. To restore Adventure’s structural integrity, a long-term restoration process began shortly after the historic schooner was donated to the people of Gloucester by Captain Jim Sharp of Camden, Maine in 1988, however, a lack of funds prevented further restoration work until 1997. Today, Adventure is set to obtain it’s COI (Certificate of Inspection) to once again sail as a certified commercial passenger vessel. The 2015 season will be the first full sailing season for Adventure since 1988. All restoration work has been completed in accordance with The Secretary of the Interior’s ”Standards for Historic Vessel Preservation Projects.” Furthermore, in 1997, a legal Preservation restriction for the Adventure was filed with the Massachusetts Historical Commission.

The City of Gloucester’s Community Preservation Act funded the construction of a new oak barrel windlass using the original gears, which will be used to raise the vessel’s 500 lb. anchors. A $100,000 grant from the Lynch Foundation has provided funding for the reinstallation of the original steering gear and Stoddard wheel.

The Schooner Adventure was awarded a $250,000 matching grant from the Dusky Foundation to help launch the $1.25 million capital campaign to “Sail Adventure Forever”—the largest fundraising initiative undertaken by the organization. There have been numerous other donations over the years from foundations and individuals, as well as from government agencies including the Massachusetts Cultural Council. Most recently a grant from the National Trust for Historic Preservation will enable hiring a nationally acclaimed exhibit designer to envision plans for the proposed ‘Learning Center’ to go in the former Hold, and a grant from Essex Heritage will enable the implementation of the “Men of Adventure“ exhibit for the Learning Center and throughout the vessel.

Adventure returns to active sailing as a platform for maritime educational programs. The schooner will be operated at sea, primarily along the New England coast, as a living monument to Massachusetts’ fishing heritage. As such, Adventure is important not only to Gloucester, but also to the Commonwealth of Massachusetts and all of America. While Adventure has national significance in terms of America’s maritime history, she has particular importance to the community of Cape Ann. The sight of Adventure under sail cannot help but connect the people of Gloucester to their own history. She’s a living monument to the over 5,000 fishermen who sailed out of Gloucester and never returned. With Adventure sailing again, future generations can experience what the life of a Gloucester fisherman felt like and meant. If Gloucester’s history is to be understood, it should be viewed in large measure through the eyes of a fisherman. 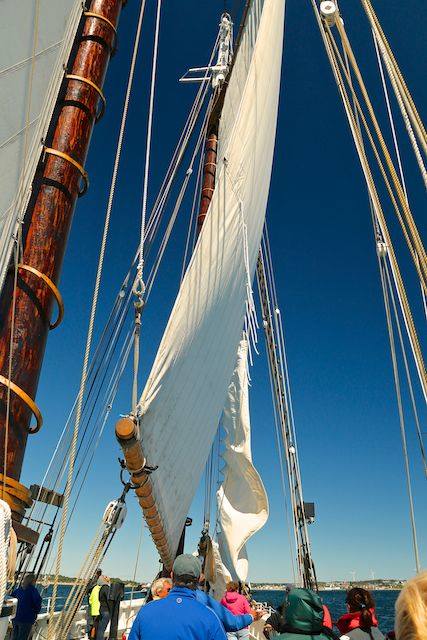